Children explore the world around them every day. Many of them dream of becoming travellers while others, being not satisfied with planet Earth, dream of becoming an astronaut. Children have boundless imagination and their new discoveries often happen not in real life but in their imagined world. Creative kids can even imagine not existing worlds which are made of their favourite sweets—ice-cream and chocolate.

Children’s rich imagination and an aspiration for exploring new planets became the basis for the branding and packaging of Pink Berry’s new ice-cream. “Cosmic” is an ice-cream which is distinguished by its taste characteristics, size and intensity. It is that yummy planet that every child dreams to explore. And that is the reason why we portrayed “Cosmic” as a giant planet, which is extremely far from the Sun, way outside of our Solar system and is losing its round shape from the extreme cold, resembles an ice-cream Eskimo, and it obviously has a chocolate icing and is covered with peanut meteorites․ One of the important elements of packaging is the giant ice-cream, located in the universe as well as the little astronaut, personifying all children of the world, who has discovered planet “Cosmic”. 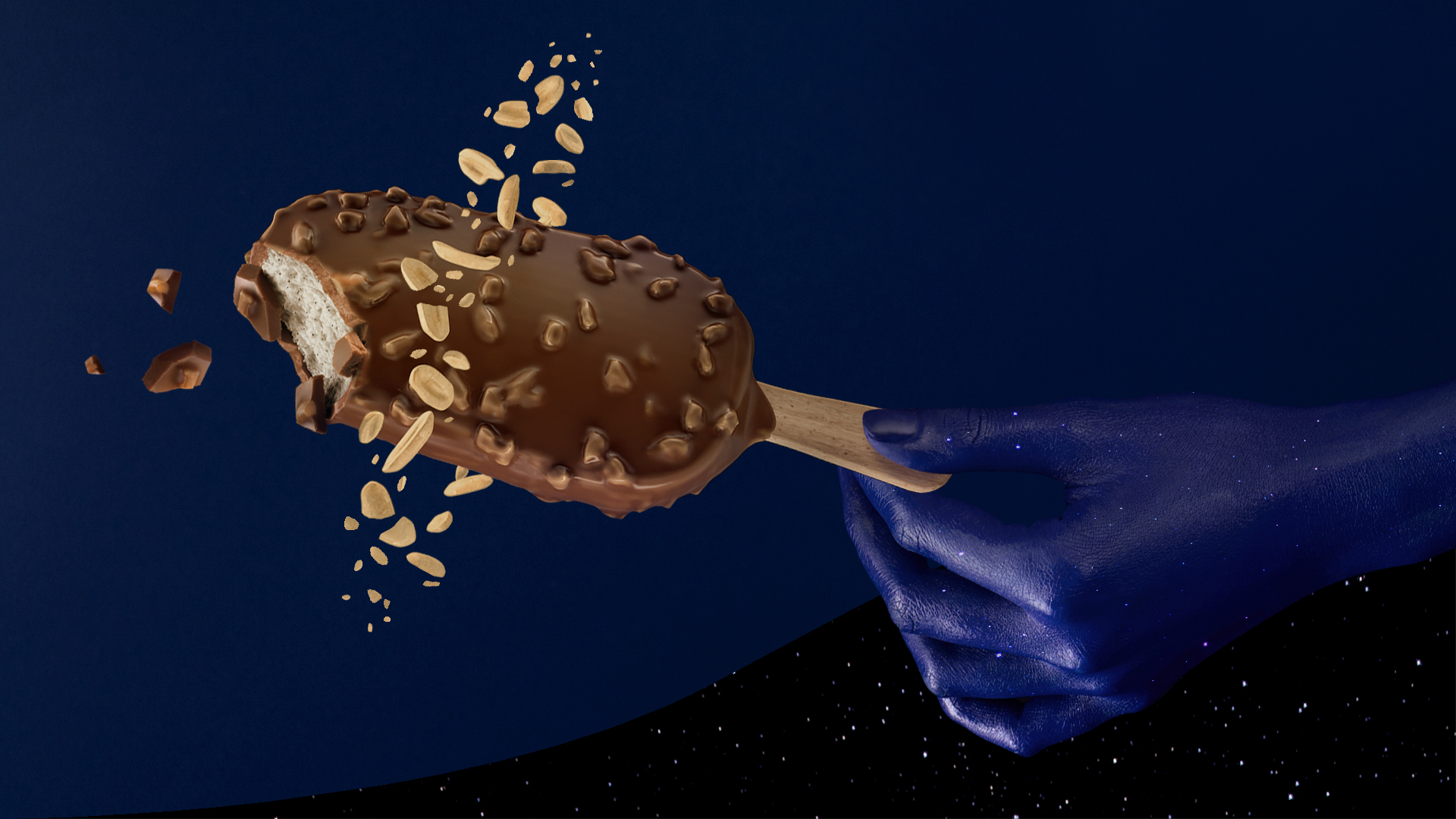 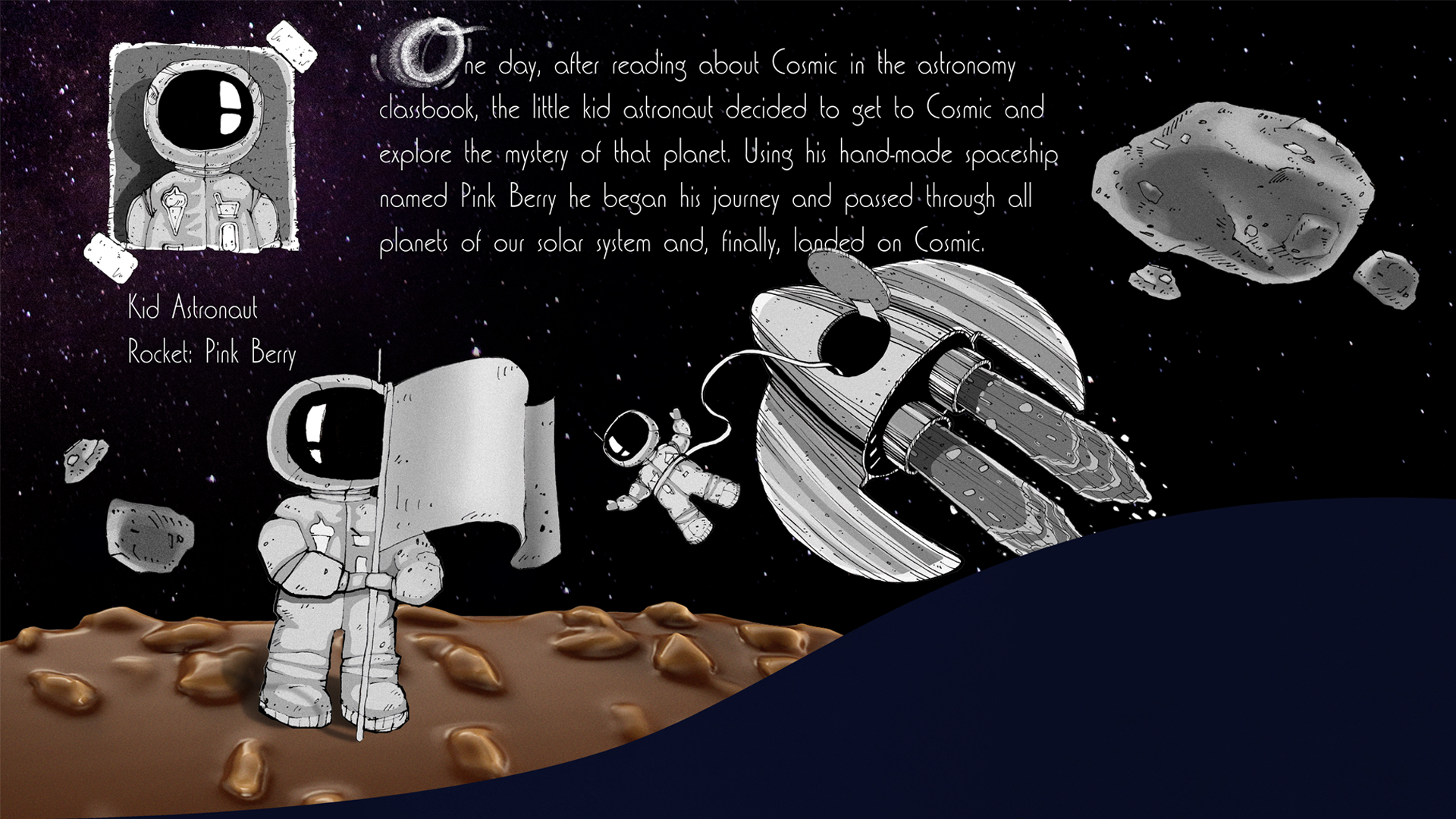 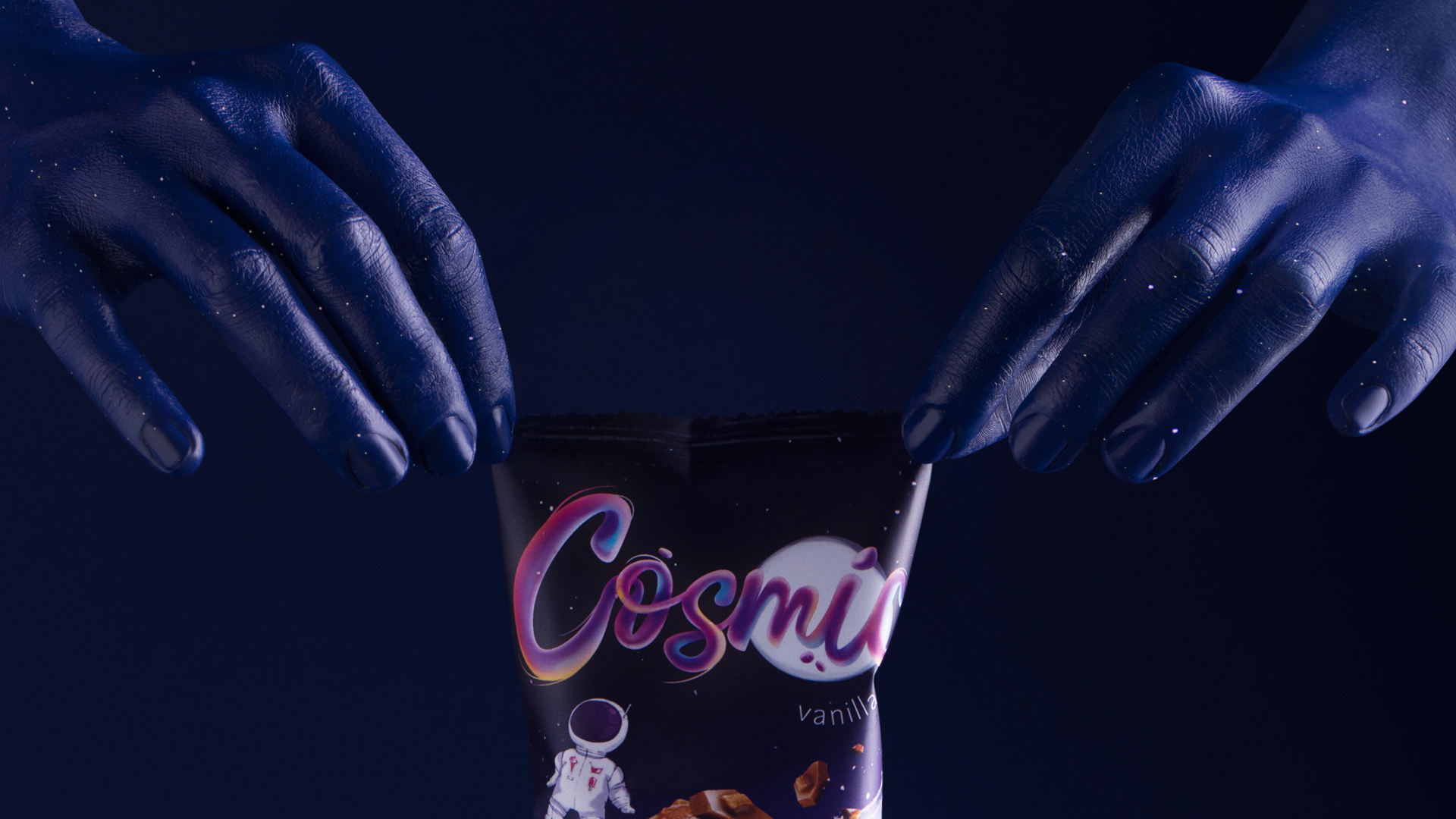 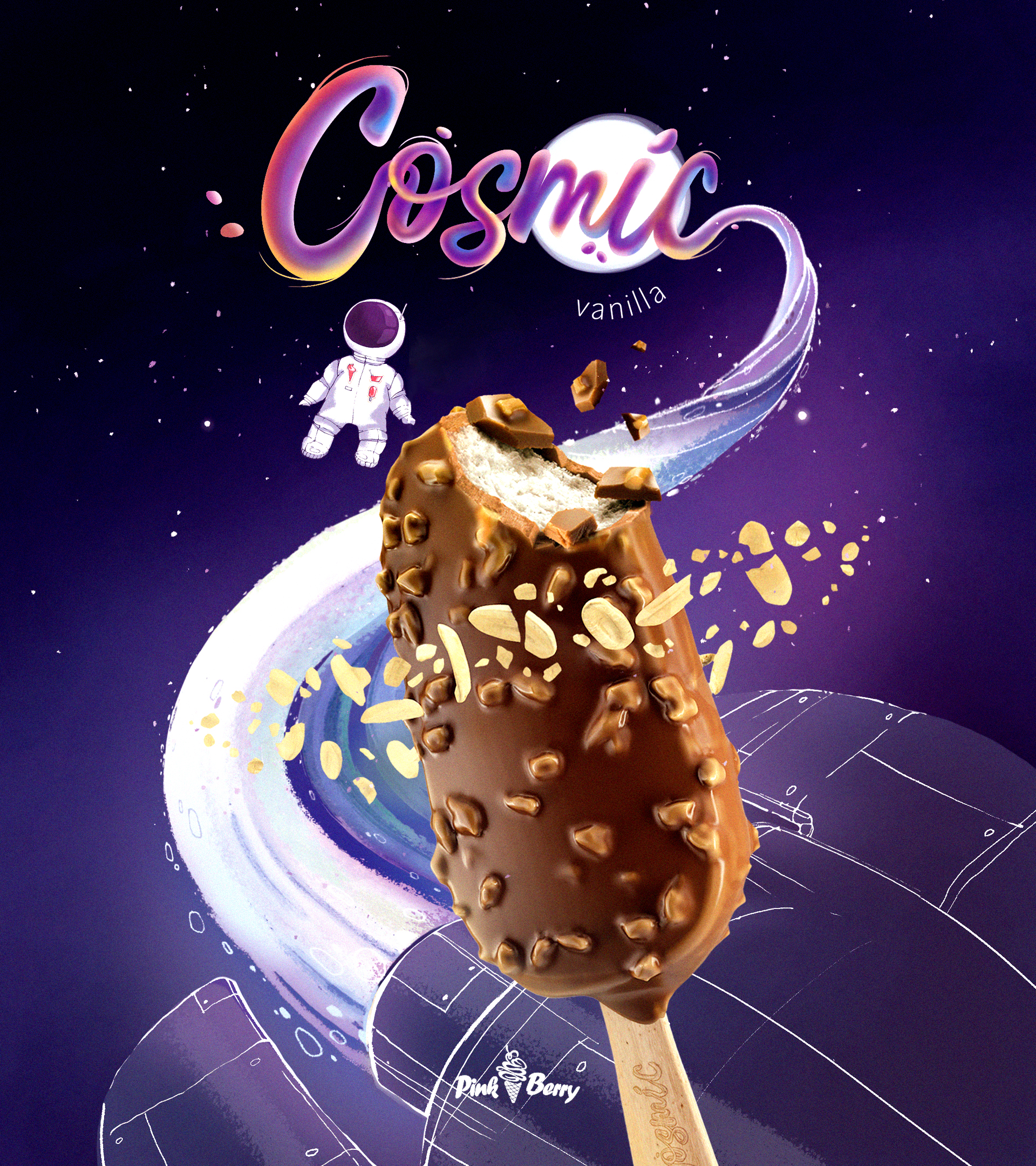