Dalma Garden Mall, the largest shopping and entertainment center in Armenia launched an image campaign aiming to improve Dalma’s image through emotions. The sad truth is (smile here) that sometimes men have to go shopping with their female partner. It is a boring process for the majority of men. Moreover, the situation was the same for all men: they either made their female partner hurry or express their dissatisfaction about waiting.

We created a new image campaign “Let’s go to Dalma for a moment”. The effectiveness of the campaign was supposed to be high, as it included such important features as novelty, utility, affect, and humor in one place. Through the campaign we wanted to tell all men that they were not alone in this situation. Almost all husbands are waiting patiently for their wives when they decide to go to Dalma for a moment to buy something. After posting the ad in social media platforms it went viral: both men and women started to tag their partners, as it was a familiar situation for them. It became one of the discussed topics in social media, with nearly 1 million reach, thousand of shares and a lot of positive comments. 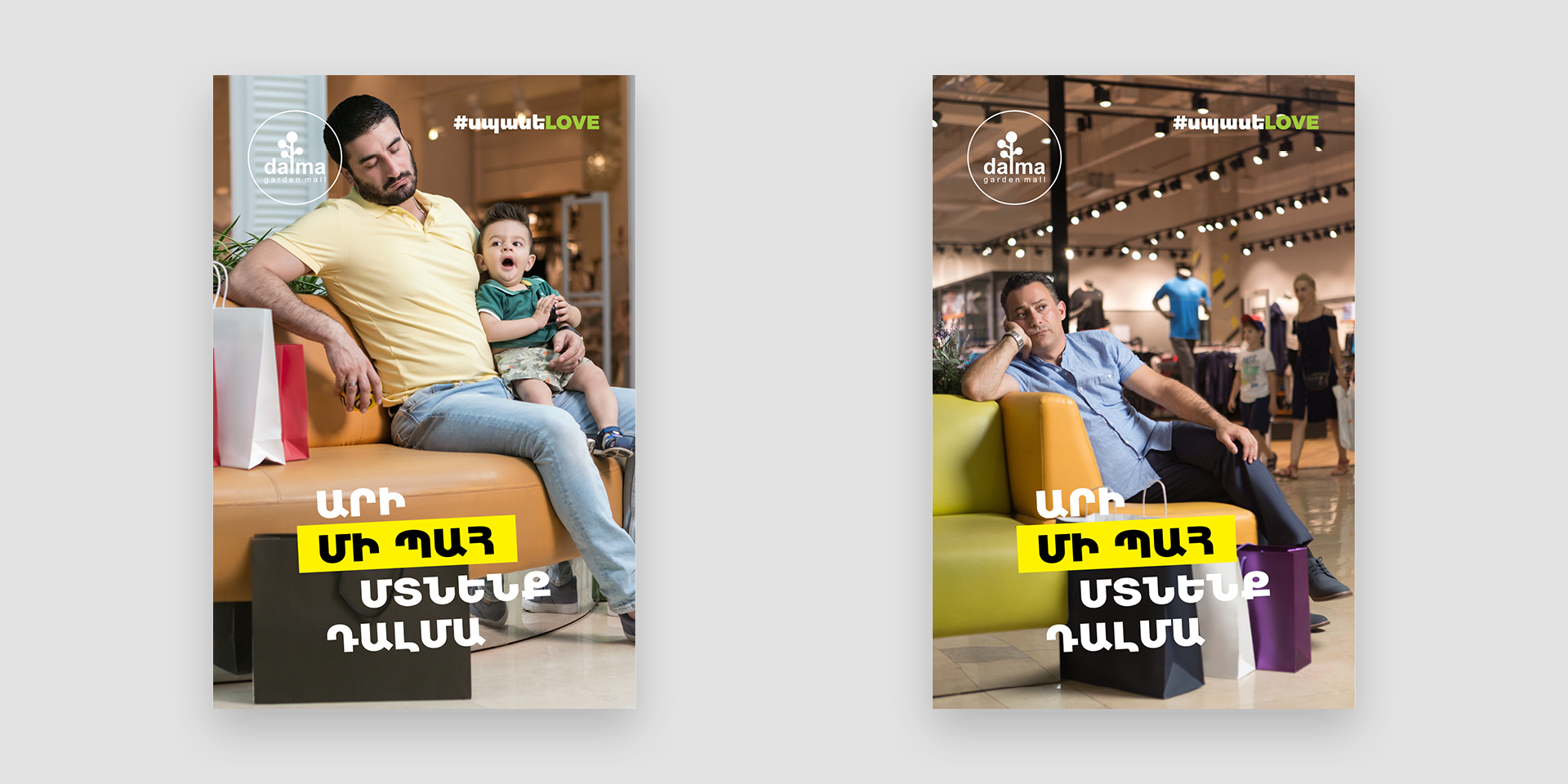 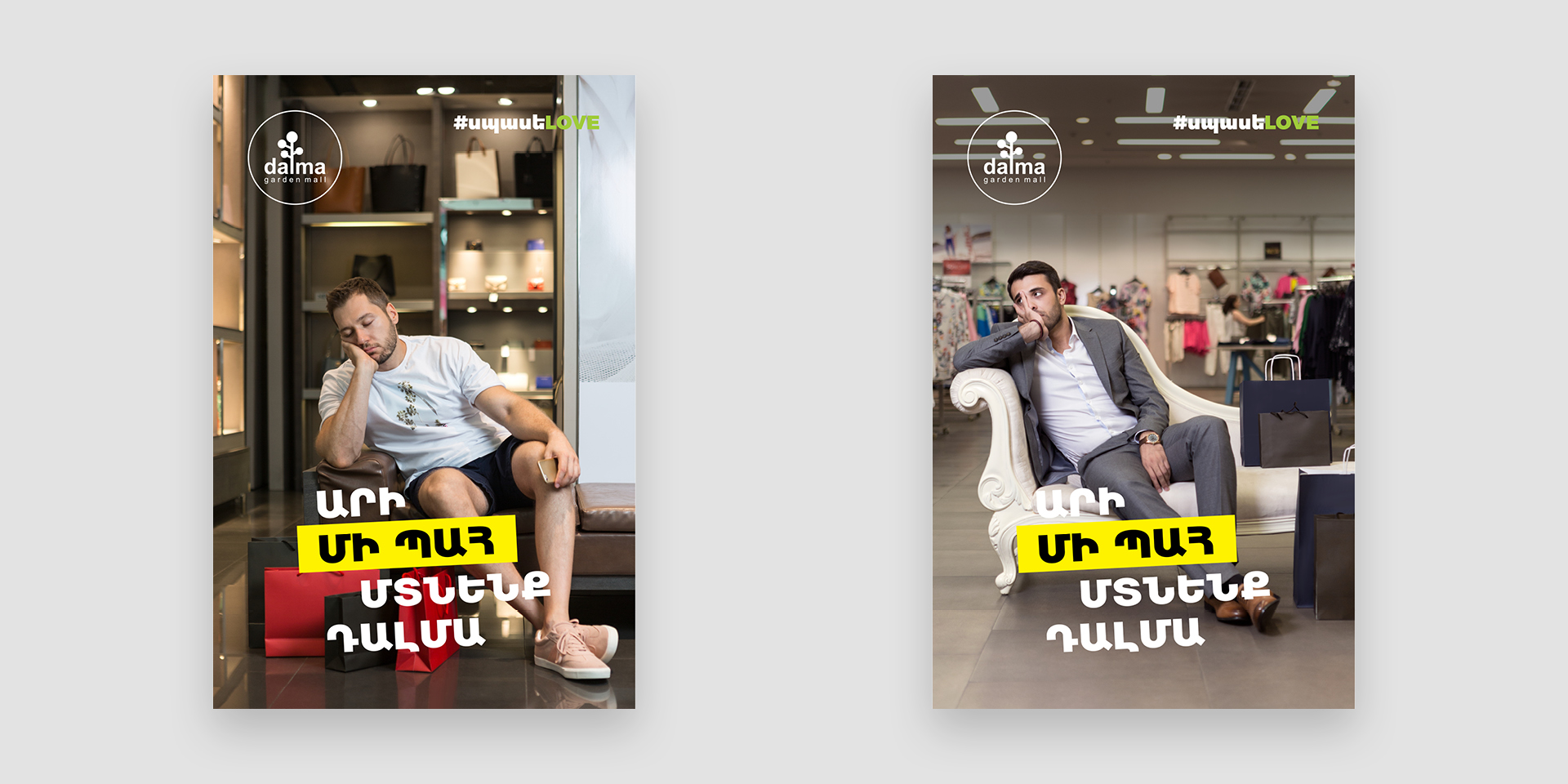