Home » Stay seated quietly where you are

Platinium is a specialized store for office and café  furniture. It was decided to create posters and it was needed to provide a fast and large-scale distribution of office and cafe chairs, as well as a drastic growth of sales. We had a few number of advertising panels so it was planned to organise their wider distribution on internet as well. We had a goal to create such posters for chairs that it would be perceived originally not as an advertisement and would make people share them with their friends.

Realizing that our society was mainly interested in the political situation of the country in that period, we considered the widespread and most-discussed phrases said by politicians. Thus, we have chosen one of the most famous phrases, said by the newly elected prime minister — “Stay seated quietly where you are”. As an advertisement for chairs, it was twice as interesting and expressed the main message of it, pointing out at their comfortability, at the same time literally citing prime minister’s well-known phrase. It had many positive reviews from people, very soon became viral and was shared in social networks. 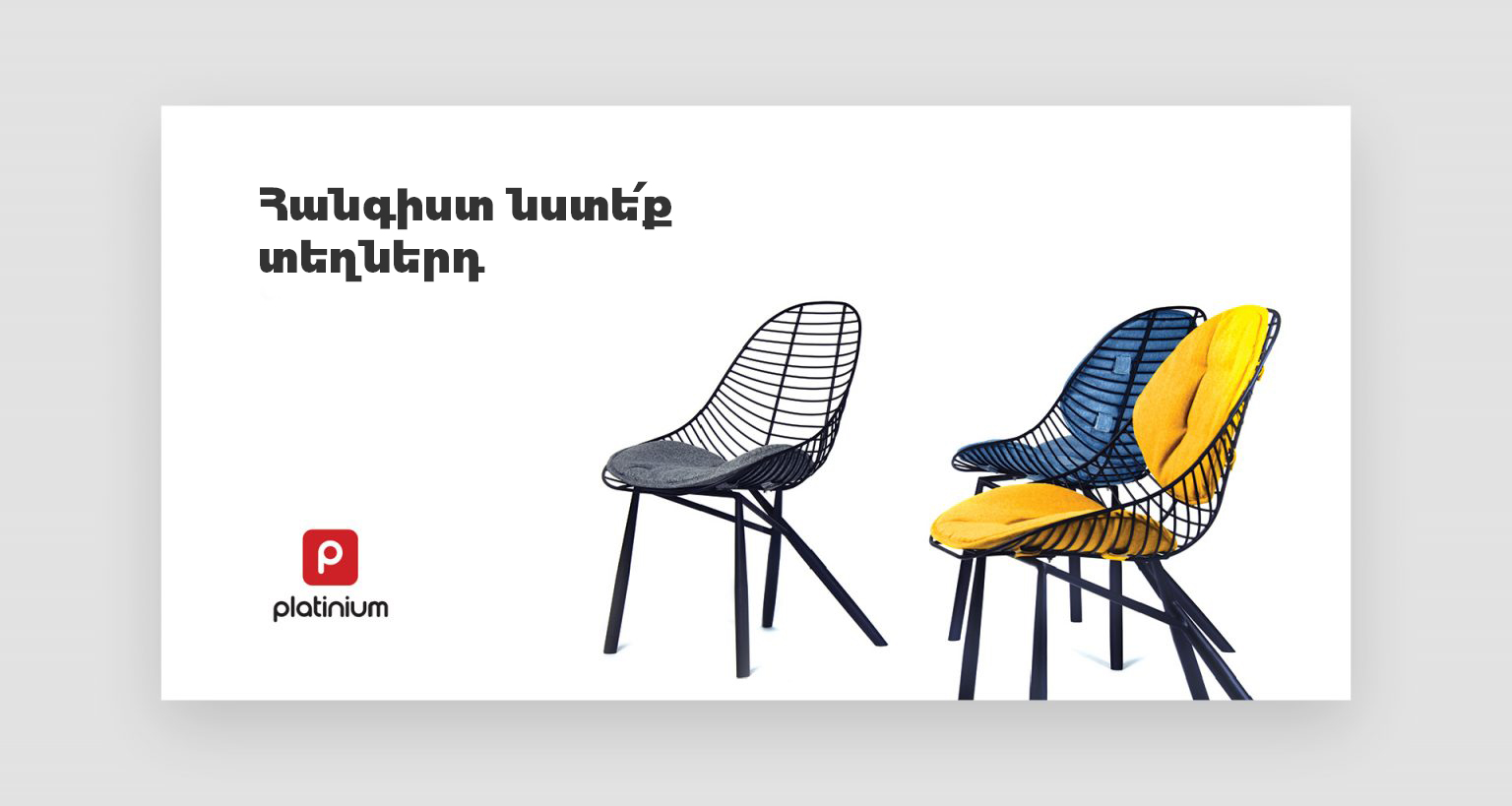 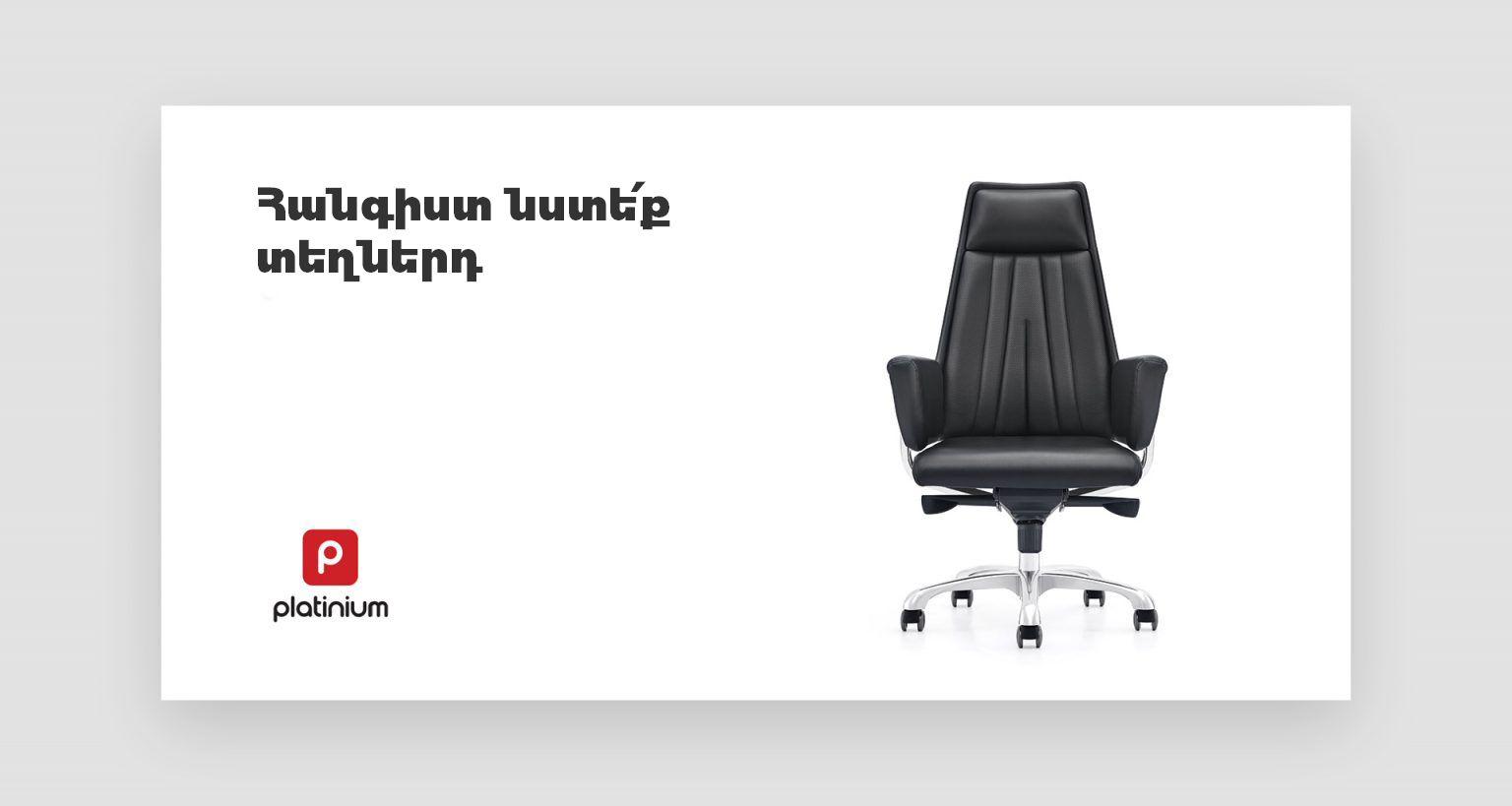