Solara is one of the leading solar energy companies in Armenia. Since its establishment in 2019, they have committed to developing the green economy in Armenia through favorable offers for solar products, electric vehicles, and smart devices.

In 2022, the company launched a new offer for solar stations aimed at both B2B and B2C segments and needed an advertising campaign to promote their product to a broad audience.

0% down payment, annual interest rate starting at 0%, and of course, 0 electricity bills – this was Solara’s offer for its solar stations, a lucrative deal that sounded too good to be true. It’s one of those opportunities that you want to seize and keep for yourself and avoid sharing with too many people. So we came up with a concept that imagined the new offer as something to discuss in secret.

The notion of ‘secrecy’ then became our creative platform, and we had to find the most appropriate manifestation of ‘keeping secrets.’ We needed to look no further than spy thrillers–where the main theme usually revolves around communicating information to a trusted person without raising any alarms.

What’s the most popular spy movie in our region? “Seventeen moments of spring”- a Soviet TV series where a Russian spy infiltrates pre-WWII German counterintelligence services. In the film’s principal scene, the main character meets his accomplice at a cafe to exchange classified intel without getting caught.

For the campaign’s creative execution, we reimagined this scene as a secret conversation between co-conspirators whose topic is Solara’s new offer. Since the offer centers on the number Zero, their conversation is a quick back-and-forth where the answer to every question is “zero.”

We adapted this dialogue to digital and OOH posters to provide wider coverage for the campaign. The pre-war aesthetics, black and white palette and overly-serious tone help drive home the association with the TV series, juxtaposing it with the lighter tone of their ridiculous conversation. 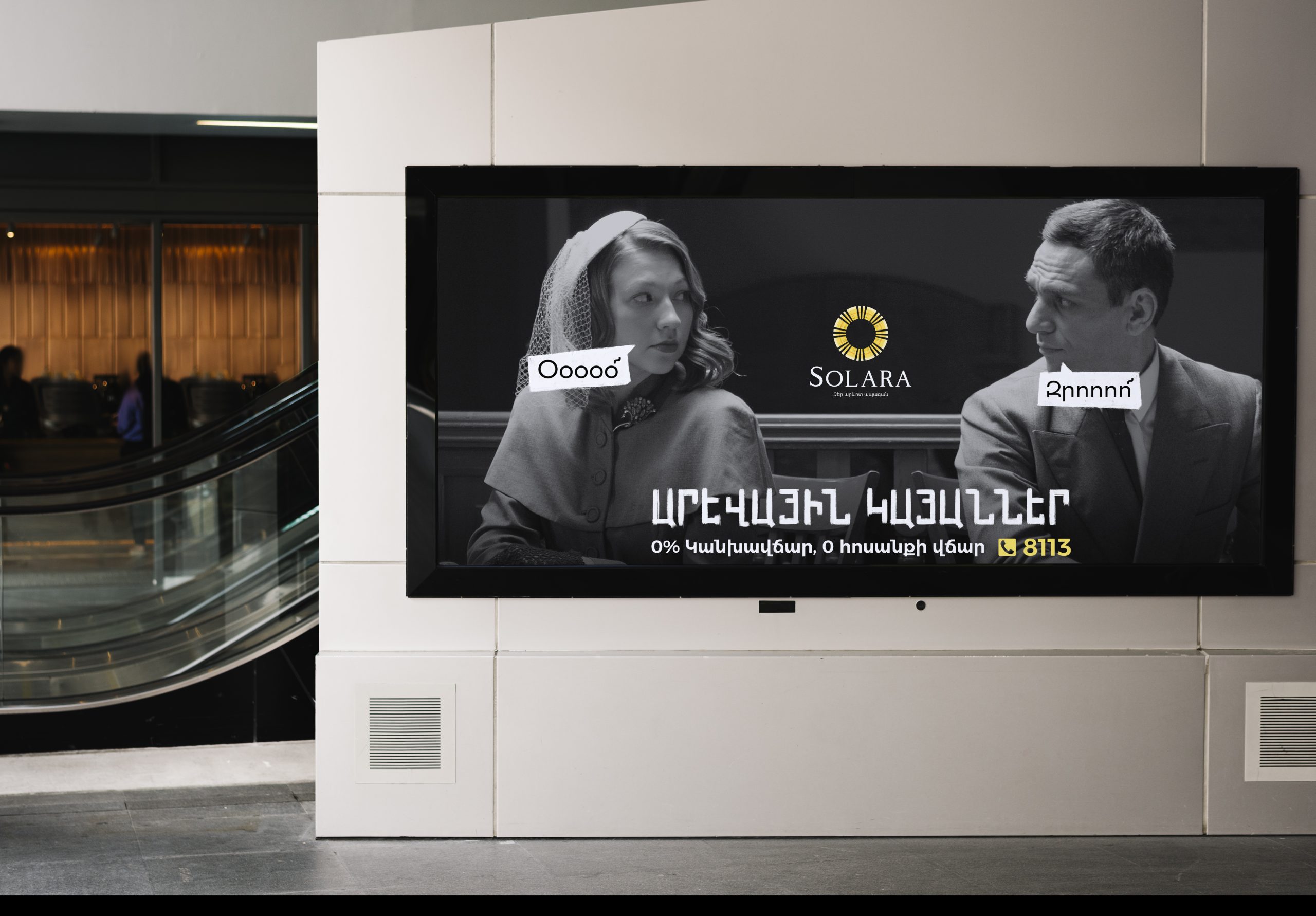 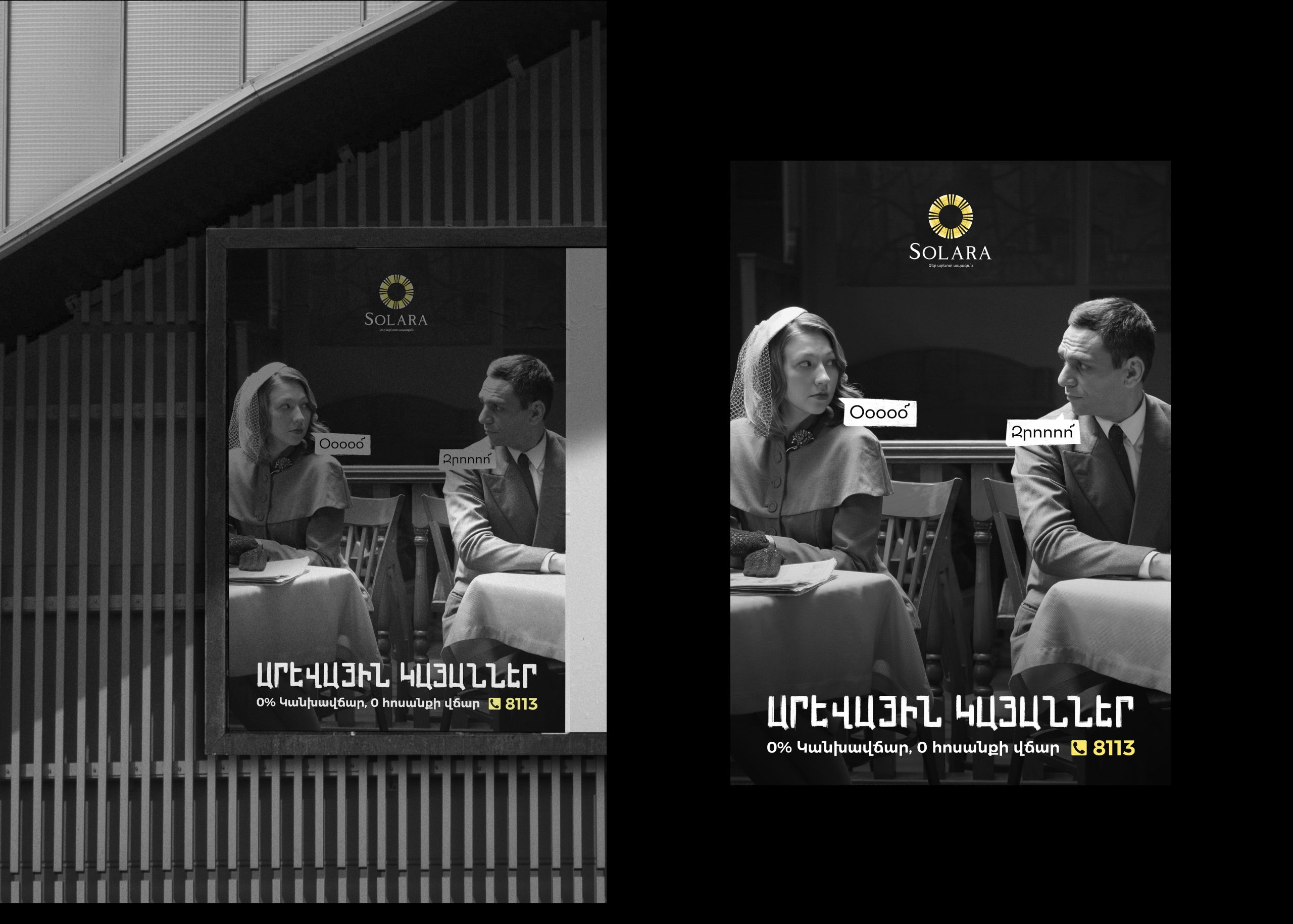